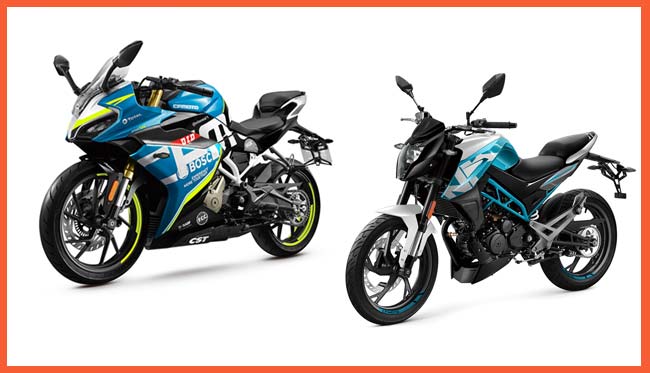 Regular models or variants of CFMOTO bikes in Nepal are listed below along with their price:

Please note that above price is subjected to change and is for reference purpose only. Kindly contact CFMOTO Nepal to get the latest showroom price.

You may also like to check historical prices of CFMOTO bikes in Nepal.

Anna International Private Limited is the authorized distributor of CFMOTO bikes in Nepal. Company is selling CFMoto brand of two-wheelers in Nepali market on August 2017. Naked or sporty looking bikes of the company gained quite popularity since its launch. It mainly sold bikes in 150, 250 and 400 cc range on early days. CFMOTO has its main showroom in Naxal. However, its dealer network in spread across the country in places like Birtamode, Bhaktapur, Bhairahawa, Butwal, Chitwan, Kawasoti, Itahari, Pokhara and Nepalgunj.

Talking about CFMOTO, it is a reputed Chinese brand which is a world market leader in production of liquid cooled engine. However, it has ventured into the production of vehicles as well. CFMOTO works with European design houses like Kiska (Austria) to develop their new models of bikes. Besides, it has also partnered with KTM to produce small sized bikes. CFMOTO is the largest exporter of ATVs and UTVs with motorcycles of various range be it sport, touring, off-road adventure, supersport, etc.

Currently, CFMOTO is selling two different models of bikes in Nepal in 3 variants. These variants include 150NK, 250NK and 250SR. CFMOTO bike starts at price of Rs. 3.35 lakhs in Nepal and goes up to Rs. 6.9 lakhs. For more details, you can contact CFMOTO Nepal at information given below.

To buy or test drive CFMOTO bikes in Nepal; or to get the features and specification with detail price information; you can contact at:

Or you can message us your queries regarding CFMOTO bike price in Nepal or its specifications.